No More Fun and Games?

One thing that men and children have in common is that they’re both into discovery, experimenting and plain mindless fun.

So when his children are growing up, and it’s time to shove the inner boy back into the box, it may feel like the end of a second childhood for a father. Christchurch Breeze host Grant Magrath is one of them. 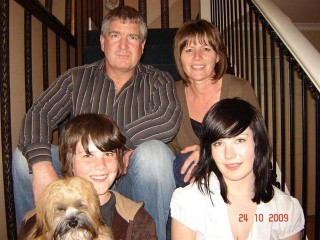 Grant Magrath has been one of those dads who couldn’t wait to get home from work and muck in with the kids.

“When the kids were young we used to go on ‘adventures’; we were out there all the time, even when it was raining. In winter I’d say: ‘let’s go out in the dark.’ The guys would be up for anything!” he says.

His two children, Jess (14) and Tom (13) are teenagers now – which doesn’t mean they don’t need him anymore, but their time together is no longer as carefree as it used to be.

“It feels almost like mourning the loss of these little people”, he says about the experience, even talking about it on air during his regular radio slot with The Breeze in Christchurch.

“As they get older they become more independent. They have their own friends to hang out with, or they want to go to the mall, Jess especially. If I say let’s do something, half the time they’ve got something else on.

“My weekends used to be theirs, but they don’t need me for that anymore. I really loved doing that kids stuff.”

Grant and wife Sue had a bit of an unexpected start to parenthood. Sue had been told they could not have children, and they weren’t using contraceptives as a result. He recalls mixed feelings when Sue broke the news to him one day.

“First I thought ‘hey, it does work down there’, but also that I wasn’t quite ready for kids. But then it was: hey, if we don’t have this baby we may never have another chance.

“You have to acknowledge the fact that you’ve had your fun and now it’s the kids’ turn. You have to be satisfied with what you’ve done up until this point in your life.”

There was never any question about his commitment to Sue, either. “In radio you’re an oddity if you’re in a monogamous relationship.

It’s about the type of person normally attracted to this kind of work. There’s lots of temptations, but my motto is: never gamble more than you are prepared to lose.” He and Sue have been together for about 18 years now, and married for eleven. Grant’s own parents have celebrated their golden wedding anniversary last October.

He was already working in radio at the time daughter Jess was born, and has been lucky to have a fulltime job with four hours airtime. This left lots of flexible time for him while having a secure enough income, the ‘best of both worlds’ as he calls it.

When the second child is born it often falls on the father to look after the older child while mum tends to the baby, and so it was with Grant. “Sue looked after Tom while I looked after Jessie”, he says. Plus he thinks that Jess takes after him (they both like to talk).

“They’re not sporty kids, they’re musical”, an interest they both have in common with their father. But Grant made a big effort to ensure he bonds with Tom as well.

“Jess was always the star of the family, so cute, an early talker, and Tom seemed to miss out on attention. I always made sure he got the attention he deserved.

“My wife was at home fulltime until my son was about five months old, then she got a part-time job in the evenings. It was only two hours, but it gave me time to bond with Tom, looking after him as a newborn. I’d get to bath him, give him his bottle and put him to bed. I became the only one who could do it!”

While not quite experiencing ‘empty nest syndrome’ yet, Grant fills some of the extra time he now has with restoring old cars. “It’s about turning a negative into a positive”, he says. 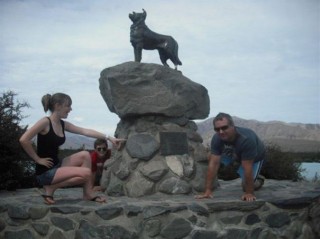 He thinks it takes a certain amount of selflessness to be a dad, and he ranks ‘listening’ and ‘giving time to them’ as amongst the most important things a father can do. “Behaving responsibly” is another, “not being stupid and being sensible with money”.

And he also remembers times when he overreacted. Saying that he ‘sits on the smacking side of the fence’ it took him by surprise to find how good kids can be in pushing your buttons.

“I’m not a bad-tempered person. I’m pretty even-tempered, you can ask anyone who knows me. It takes a lot to get me wild.

But the kids sometimes would manage, and sometimes I would react too quick, when a telling-off would have been better. Take a few steps back, take some deep breaths – in hindsight, that’s what I should have done in those situations.”

It’s the perpetual torment of parents: in principle we all know what’s right and what’s wrong, and how to raise good kids. But in the day-to-day business of parenting it’s often crisis management, and you’re not always at your best. Grant says “you have to be firm but you can’t be too firm, either.

Just making sure they don’t start getting away with stuff. Nipping bad behaviour in the bud.”

He is also very aware of the role he may have played for his children’s friends. “I noticed when I picked up kids from kindy, next thing you know you’ve got swarms of boys around you.

So you start doing things with them. I believe for boys having that positive male role model is vital.” And he thinks girls need their father just as much:

“I believe if a girl isn’t praised by her father and made to feel special the consequences could be disastrous. They will crave this attention, and I’ve seen it many times that they’ll try to get it from somewhere else, and not always from the right places once they’re older.”

As the history of Father & Child is at an end, it is time to reduce the hosting costs and... END_OF_DOCUMENT_TOKEN_TO_BE_REPLACED

Meri Kirimete and Happy Holidays! Father and Child Trust Auckland welcomes our dads, families and supporters to their end of... END_OF_DOCUMENT_TOKEN_TO_BE_REPLACED

The NZ Family Court has never been so keen for input from Dads. Andrew Little has announced a review of... END_OF_DOCUMENT_TOKEN_TO_BE_REPLACED

Father and Child Trust have been hosting events during the week before Fathers Day since 2010. This carries on the... END_OF_DOCUMENT_TOKEN_TO_BE_REPLACED