Brendon Smith thinks that preventing child abuse in New Zealand may require a more realistic image of mums as well as dads.

Watching TV is not my favourite pastime. It keeps me up to date with graphic news and broadens my horizons, but it often reminds me of a rarely mentioned tension in New Zealand. 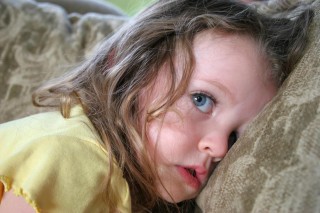 And I’m not talking about outstanding historical Treaty grievances.

After waves of protests for good causes like peace, women’s rights and save the planet, by the end of the swinging sixties most countries had also exposed and vilified any child, partner or domestic violence related forms of abuse.

Many countries introduced safety nets and support groups for failing families and victim counselling. Children are to be protected from obviously dangerous parents and reluctant fathers were told fine, young children only really need their mothers.

Government or support organisations like Child Youth and Family, Women’s Refuges and Barnados in NZ, who attract fair dollops of taxpayer funding to help fix dysfunctional families, along with the police, have faced mostly one-way domestic violence. They are conditioned to primarily dealing with one gender and protecting the other, giving priority always to the safety of any children.

Allocation of university or community research funding for abuse victims tilts toward the gender demand. Former women’s refuge workers graduate into ministries like Education and Health, plus there are many more trained and qualified abuse counselors who are women.

Their support for mothers and children is essential and difficult work. Any anger and hostility that front-line workers have for male perpetrators of violence is real and justified.

Their experience in delivering protection, support and recovery for these families may hjopefully mean some children get at least a chance of normal or peaceful childhoods.

These ‘norms’ have been accepted at many levels. In the Family Court it is assumed that if a father is accused of violence towards his partner, he must be a danger to his children.

In the interests of speed and safety, Protection Orders can be placed without notice on untested evidence. Police are understandably quicker to act than to ask questions.

Such norms have been questioned last year by Auckland advocacy group Family First, who asked why only women admitted to Auckland hospitals were to be asked about violence when several of the worst child abuse cases in the recent months had been at the hands of mothers.

Also in the early seventies, when benefit eligibility changed from being needs-based and available only to those ‘of good moral character and sober habits’, the DPB was introduced, a helping hand safety net suddenly turned into a universal entitlement.

It was almost always assumed, that in the event of a failed marriage or relationship, the mother will be better, able to cope on her own and to both care for and help educate the children as required.

Many studies have indicated, however, that babies who get no dad time miss out.

Plus, it was probably never foreseen that some mothers could manipulate reluctant fathers, then use the provisions of the ‘safety net’ to gain an unfair advantage, turning children against their fathers, ostensibly as punishment for a failed relationship.

Along with other support groups, we hear from fathers who feel they are being kept from their children as punishment for relationship failures, yet have never actually harmed their partner and would never hurt their children.

This may be after they have suffered emotional, financial or even physical abuse, including partner violence. These men have often been maligned to their friends or workmates, shamed in front of their children and made to attend anger management courses when they feel they were severely provoked.

Some are unable to see their children due to far reaching Protection Orders, based on threats or in reality only applicable to their ex-partners.

In Auckland, Hamilton and Southland, Father and Child Trust has recently been told about the shortages of counselors for male victims of domestic violence. Father & Child Trust seems to be dealing with more male victims of partner abuse, something we are not set up to do.

As reported recently, young kiwi girls are becoming increasingly violent, accounting for 20% of youth cases last year, half of which were aggravated robbery or assault.

The word from many young men that we see in youth prisons is that it is not only their lack of fathering that has affected them, but the type of mothering as well. In the North & South report on violent girls, at least one volunteered that she learnt how to be tough from her mum.

Protecting the natural bond between mothers and children is vital for any happy community. Many groups help mothers, but the comparison between ‘confession’s’ websites like badmother.com from the USA and badmumsnz is also particularly interesting.

Scrolling through pages of confessions in the USA blog, I found several truly scary confessions, mothers not actually liking their children, at least not as much as their husbands, or the life they had before kids.

Some USA mums admitted to lying to children about their fathers leaving, or punishing fathers by limiting child contact.

On the NZ site, the worst confessions so far included leaving the child in front of a TV for too long, once with only a round wine biscuit.

It is no wonder another mother wrote that if this is the worst any of them have done, they’re all perfectly fine.

On many US shows, it seems to me that family conflict is two-way. Fathers are often bombastic, rude or profoundly ignorant, but mothers are also capable of emotional outbursts that confound everyone, putting to rest any notion of unfair dominance being solely a male domain.

But in New Zealand, we never portray mothers as anything but perfect. BroTown has a mother who lives in heaven, where you’re allowed to use the jandal and even Maia, back from rehab on Shortland Street, although she stressed out when her baby is young, she was fine, her support group will save her.

Peter Elliot, former Shortland Street actor and face of the nation, told Sunday Magazine that the scriptwriters are unable to maintain the integrity of a single male character. ‘All female characters are redeemed, they are strong, clever, challenging, they can be victims, but they always have a way to come back.’

‘We’ve got the highest rate of suicide among young men in the world, but if you watch TV in this country the men come out looking like dicks or shits and I’m sick of that. I think the viewers need something that doesn’t always utterly undermine their being male’.

Yes, every time I see that father smash his son’s head into a cabinet, in that alcohol abuse advertisement on high rotate lately, I wish I had stayed with the radio.

When statistics say that kiwi fathers are at worst, only as likely as mothers to hurt their children, why do we only portray a drunk father as likely to inflict such a terrible blow to a young child?

Are all Kiwi mothers perfect and sweet?

New Zealand data on female partner and child abuse is very hard to come by. Overseas studies suggest that both sexes have a large responsibility for family violence:

US: Half of partner violence in the 20-28 year age group is reciprocal, half is non-reciprocal (only one partner is doing the hitting)

Women were responsible for 70% of non-reciprocal violence, but injury more likely when perpetrated by men.

Canada: Biological fathers were responsible for 41.3% of substantiated child abuse, biological mothers for 38.9%

UK: For violent treatment of children at home, mothers were responsible in 49% of cases, fathers in 40%.
Source: Child Maltreatment in the UK, NZPCC. Sample: 2,000 study subjects.

As the history of Father & Child is at an end, it is time to reduce the hosting costs and... END_OF_DOCUMENT_TOKEN_TO_BE_REPLACED

Meri Kirimete and Happy Holidays! Father and Child Trust Auckland welcomes our dads, families and supporters to their end of... END_OF_DOCUMENT_TOKEN_TO_BE_REPLACED

The NZ Family Court has never been so keen for input from Dads. Andrew Little has announced a review of... END_OF_DOCUMENT_TOKEN_TO_BE_REPLACED

Father and Child Trust have been hosting events during the week before Fathers Day since 2010. This carries on the... END_OF_DOCUMENT_TOKEN_TO_BE_REPLACED