Encouraging your child to learn an instrument is one thing—pushing them to perform on one quite another. But where is the boundary between bringing out a child’s natural talent and asking them to do something they may not really enjoy? Kevin Albertson thought about what he wants for his own son. 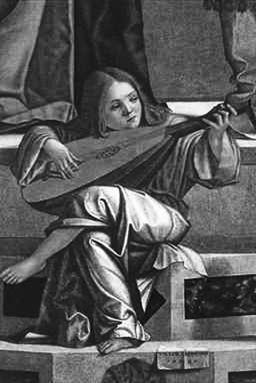 A few years ago I was invited to a Christmas party at a friend’s house. It was one of those frightfully organised things where the adults drink and chat in one room while the children are off somewhere preparing “entertainment” for us. One woman there, Mrs Grimsurge, was very proud of her daughter’s ability on the piano and was effusive in her delight that we should soon share her admiration.

After an hour or so of (no doubt) anguished preparation on the part of the children, they were brought into the lounge and asked to perform their acts. Parents’ hearts swelled with pride as their little Johnie or little Jennie showed off the years of music lessons, drama lessons and so on. (For what it’s worth my son, Steven, took the part of understudy goat in a short play about the shepherds’ visit to a certain Bethlehem stable).

To be honest, it wasn’t the most enjoyable evening in any of our lives as we sat through the acts presented with excruciating shyness and diffidence by our children (proud though we were to see our own give his little contribution on cue). Something in me just feels uncomfortable with asking our children to perform. Perhaps I read too much into such situations, but it seemed to me I was asking Steven to do his piece to prove to someone that I was a “good parent” who “took an interest” in encouraging their child’s activities.

As little Chrissie Grimsurge stepped up to the piano it was obvious she didn’t want to play. Her mother waxed lyrical about the cost of the lessons and how well Christine was doing; about how shy her daughter was and why she should play in public as often as possible: all the while heaping up obligations on Christine to play. Despite her protests of not wanting to, Chrissie eventually bowed to the seeming inevitable and stumbled red-faced through her party pieces. She left the piano as rapidly as circumstances would allow. A rather disappointed Mrs Grimsurge confided to us that “Christine hasn’t been so regular with her practice lately because of the holidays and all”. I rather wondered if Chrissie would have consigned every piano to the flames rather than take her seat in front of one.

As we left that evening it struck me there is a fine line between encouraging activities our children wish to take up and forcing our preconceptions of suitable activities on them. I wonder on which side of that line I am.

A good friend of mine, Charles, is a virtuoso violinist. Bearing in mind Steven’s frustrations with learning the violin, I once asked Charles if he had always wanted to play and if he had enjoyed learning. I rather expected him to tell me he had taken to it like a duck to water, but instead it seemed his progress had been as traumatic and subject to his parents’ “encouragement” (i.e. threats of the dire consequences of lack of practice) as anyone else.

What a loss it would have been to Charles and all who have heard and will hear him play if he had given up as a child. Fortunately, although the Charles of 20 years ago could not have been expected to foresee the benefits of persevering with the violin, his parents could and provided the encouragement he needed (but perhaps did not want).

Yet is it not true that some people will never be able to learn to play an instrument well? (I am an indifferent musician myself, at best.) There may come a time when Steven decides that, regardless of how much effort he puts in, he will never enjoy playing the violin. When that time comes, the many hours of torture (it’s not easy listening to a beginner playing that particular instrument) and the costs of the lessons and the instrument will be gone. But it will not have been for nothing.

Even if there is only one chance in a hundred that Steven will be able to play as well as Charles, the cost and time spent on lessons will be worth it. The prize of being able to play is well worth taking the risk of not being able to. The cost of the lessons is just the cost of prospecting for talent.

The saddest song is the one that no one has ever tried to sing; perhaps no one has even thought of singing. What a tragedy if the Rickmans had discouraged their son Alan from acting; if the Beckham’s had not had the time to take little David to football; or if John Lennon’s mother had not encouraged him to “have his friends over”.

So, there is a line to be drawn between encouragement and continuing to insist on a child’s pursuit long after they have altogether lost interest. But a concern to avoid the latter should not put us off the former.

It seems to me everyone has a gift which, if discovered, will immeasurably enrich their lives and the lives of those who know them. Whether acting, music, sport, drawing or cooking writing or whatever, I hope I will be able to help Steven discover his. I might even discover mine along the way.

Next: Shared Parenting? I Wished.

As the history of Father & Child is at an end, it is time to reduce the hosting costs and... END_OF_DOCUMENT_TOKEN_TO_BE_REPLACED

Meri Kirimete and Happy Holidays! Father and Child Trust Auckland welcomes our dads, families and supporters to their end of... END_OF_DOCUMENT_TOKEN_TO_BE_REPLACED

The NZ Family Court has never been so keen for input from Dads. Andrew Little has announced a review of... END_OF_DOCUMENT_TOKEN_TO_BE_REPLACED

Father and Child Trust have been hosting events during the week before Fathers Day since 2010. This carries on the... END_OF_DOCUMENT_TOKEN_TO_BE_REPLACED