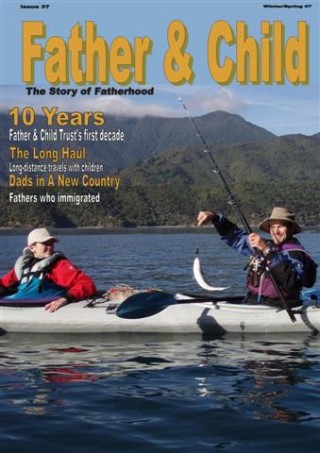 Recently, three national lobby groups asked all New Zealanders to make a three minute stand, silence or radio songs against child abuse. Publicised by most mainstream media, the call was criticised as gimmicky, but taken seriously by the many who took part.

Plus, in South Auckland, a hospital has now begun to ask women patients questions about dominance, violence or abuse in their lives. A national newspaper used headlines implying that child abuse was only caused by male behaviour, which led lobby group Family First to question the seemingly anti-male bias. They cited a few recent child abuse offenders who have been women, but didn’t make the headlines the way male offenders do.

The public feels safe now that our leaders seem to have pinpointed the problem. Yet a study from New South Wales found that perpetrators of child abuse are least likely to be biological fathers, followed by flatmates, step-fathers and mothers. NZ statistics also show women are much more likely child abusers than fathers. This is generally downplayed by academics and politicians who argue that women also spend a lot more time around children and therefore have more reason to get frustrated or abuse their children as a result.

Many fathers have made repeated efforts to warn the authorities about errant step-dads, and ignoring those warnings has cost at least one child’s life, as in one of the high-profile cases of last year. It is not unusual for children to be placed in the father’s care by Child Youth and Family after assaults by mothers and their ‘others’.

In Auckland recently, we helped one father and his child find refuge from a violent woman. Another father, working out of town, could not get anyone to believe the scary behaviour he had witnessed and wanted custody to be with the maternal grandparents, rather than allow his daughter to continue in a risky situation with the mother and her companions.

Attending a West Auckland meeting on men’s issues, incidentally organised by a woman, we heard her surprise at the number of young men attending her Single Parents Trust picnics. She claims they are keen Dads, mostly mad over false accusations.

We were there, along with around thirty others as we heard from speakers who have experienced bias from the Family Court and government authorities. Some fathers have stood firm and won, but others have found it a difficult and forlorn struggle.

Nobody from the press attended, though one MP was there. She spoke earnestly about boys in education, but seemed like one lonely voice in a parliament looking the other way.

Men recognise the rights of women to escape abusive relationships, just as some men and children need the same right. We are encouraged to accept non-nuclear families as a fact of life yet it seems that many people with poor parenting are from broken or dysfunctional families.

Schools and charitable or community groups struggle together, trying to fill the gaps in children’s development or, in some cases, intervening to protect the child.

Meanwhile successive governments seem to have ignored the statistics, failing to make the distinction between women’s rights and the best interests of children.

As the history of Father & Child is at an end, it is time to reduce the hosting costs and... END_OF_DOCUMENT_TOKEN_TO_BE_REPLACED

Meri Kirimete and Happy Holidays! Father and Child Trust Auckland welcomes our dads, families and supporters to their end of... END_OF_DOCUMENT_TOKEN_TO_BE_REPLACED

The NZ Family Court has never been so keen for input from Dads. Andrew Little has announced a review of... END_OF_DOCUMENT_TOKEN_TO_BE_REPLACED

Father and Child Trust have been hosting events during the week before Fathers Day since 2010. This carries on the... END_OF_DOCUMENT_TOKEN_TO_BE_REPLACED