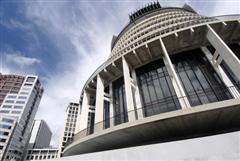 The Families Commission, set up in 2004, was part of the Labour government’s coalition agreement with Peter Dunne’s United Future Party.

To quote from their website, their aims are to:

“Listen – identify issues by talking with families and organisations involved with them;

Research – promote, commission and publish research on issues that matter to families and

The Families Commission do seem to have tried to listen, by talking to family agencies, conducting surveys of parents, and using their online panel of polls and questionnaires called ‘The Couch’ at www.thecouch.org.nz.

Research topics so far include: parenting programmes, family violence, impact of public policy on families, family living arrangements, paid parental leave, and out-of-school care services for children. A full list is available at www.nzfamilies.org.nz. They also have a bibliography of family research from other sources.

According to their communications advisors, their most successful action was the report on out-of-school services, which was used by the Ministry of Social Development and directly affected policy.

There seems to be no completed studies on fathering, though they have recently helped conduct two ‘fathering conversations’, meeting of interested groups to gauge the issues. Also some research on separated parenting is ongoing and there has been a poll on fathering in ‘The Couch’.

One of these polls has prompted a new piece of research, due to start in February 2009. This is a telephone survey of 1700 fathers by an independent research company.

The Families Commission intend to use the information as a basis for advocating for fathers. Whether their survey will uncover what the actual requirements are for those Kiwi men who need help is somewhat unclear, given that fathers live in a wide variety of parenting situations.

Anyway, do the Families Commission have enough ‘teeth’ to make a real impact on policy or social conditions?
As their policy advisor told us, they ‘…can’t do everything, we are a relatively small organisation with a limited budget.

At present we are only offering to fund research on certain topics, including: Disabled parenting, low income and migrant families, Māori and Pasifika families, and older people’s relationships.”

No mention of solo dads or teen dads research, or even fathering in general. Now we have a new government, under National, who have a coalition agreement with, you guessed it, United Future.

So, what does the future of the Families Commission hold? According to the website, their three main areas of action at present are: family violence, work/parenting balance, and valuing parenting. Apart from their survey next year, fathering does not appear to be a major priority.

That parenting is something of value was once taken as read, but not any longer. In a Families Commission survey, they found that the most frequent bug-bear amongst parents of both genders was not being valued by society.

This has been doubly true for fathers, and probably for longer. It is more critical for fathers that this issue is addressed. The Families Commission has an ongoing ‘low level campaign’ called “The Best Day’s Work You’ll Ever Do”.

They have produced posters, displayed in government offices, NGOs, some bus stops and billboards, but do not have money or impetus for more widespread campaigning such as television.

As they said, they can’t do everything.

But is it enough?

It seems to this writer that they have brought to light some good ideas through their surveys but they may not have enough clout to do much with them.

As the history of Father & Child is at an end, it is time to reduce the hosting costs and... END_OF_DOCUMENT_TOKEN_TO_BE_REPLACED

Meri Kirimete and Happy Holidays! Father and Child Trust Auckland welcomes our dads, families and supporters to their end of... END_OF_DOCUMENT_TOKEN_TO_BE_REPLACED

The NZ Family Court has never been so keen for input from Dads. Andrew Little has announced a review of... END_OF_DOCUMENT_TOKEN_TO_BE_REPLACED

Father and Child Trust have been hosting events during the week before Fathers Day since 2010. This carries on the... END_OF_DOCUMENT_TOKEN_TO_BE_REPLACED