While all children and young adults are better educated than ever before, there is a widening gap between boys and girls. 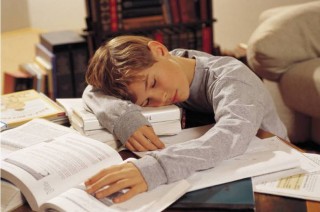 I always thought our local kindergarten was a wonderful place. It had lovely woman teachers and a large sunny playground. I was always happy to help them put the lid on the big sandpit, pick up tools by the workbench, listen from the back corner as the last mat-time story was read aloud.

Occasionally the kids would crash a trolley and I’d get an incident report, but I figured that was a sign of progressive risk taking, a good trait for 4 year-old boys, surely.

I met another dad at the back of the room, his boy played with ours and yes, he had noticed them ‘mis-behaving’ a bit. I remembered seeing the boys mucking around on the mat during story time, not annoying but not listening either.

Later I managed to ask my son about it and he quickly replied ‘Oh you mean that story, about the big mother bunny. We’ve heard that one before.’

I mentioned this to the other dad and we agreed that while there was a huge art area and costumes for Africa their selection of wooden blocks and Lego was a bit dated.

I was about to ask one of the teachers, when she told me how this year’s fundraising money was for new rugby, basketball and soccer balls, fancy new Lego and big books with dinosaurs or tractors.

It worked! Though the boys eventually broke out to a playground across the road, they loved that kindergarten.

Our first year primary teacher was amazing with boys. She used motorcycle design legend John Britten as a role model and accepted live wetas as news. It was a shame, though, that the only regular male seen during school hours was the grumpy caretaker.

Men have effectively evacuated the learning professions. This “feminisation” of schools is said to have begun after WW2.

It is claimed that returning servicemen were given preferential treatment, some oblivious to their own dis-abilities, resulting in many frustrated female teachers eventually asserting their abilities on merit, the net effect being a steady push of men out of education.

As women began to dominate the classrooms, many traditional, competitive teaching methods, including some competitive sport were banned.

Boys who were noisy or dominant were seen as taking the teacher’s attention away from the more readily attentive girls. Earlier initiatives to ensure girls were not marginalised in schools had been successful, but they also uncovered gender differences in learning which in our country seem to have been forgotten.

An international study from Scotland found that girls are not generally brighter than boys, they tend to fill the middle ground.

The ‘average’ girl works harder and achieves better grades than the ‘average’ boy, but it is boys who more often top classes, yet simultaneously fill most of the low performer ranks.

In some countries, gender specific learning methods are highly rated, but here in New Zealand we have been leaning on the teachers.

In one of his last acts as education minister, Nick Smith commissioned an ERO report into gender differences in learning. He also announced including men as target groups for ‘teachnz’ scholarships, a plan that was quickly abandoned.

Time magazine recently reviewed boys vs. girls performance throughout the USA, including everything from preschool achievements to university degrees and lifestyle outcomes like teenage pregnancies, drug and imprisonment rates.

Early teaching apparently recorded little differences, but during the 70’s and 80’s, boys’ outcomes had changed. The number of male students needing reading assistance, falling in grades and having behavioural issues was increasing, but teachers were also celebrating improved outcomes for girls.

As Time magazine noted, early intervention policies with community backing identified at-risk students, investigated their family situations and provided support according to needs. Many boys stepped up with that extra attention and rapid improvements followed.

As a result the gap has been reduced in the USA but girls still outperform boys.

Learning styles may have a lot to do with it. One study, comparing teaching methods in different countries, found that Japanese students, who regularly rated highly in international comparisons, were being taught in entirely different ways, using a discovery method.

Students are presented with problems they can’t solve given all the tools they have learned so far. They start thinking about what they need to solve it, and some of this happens in working groups, some of it in the whole class.

As the groups progress, the teacher provides the extra tools and the information the students need, bit by bit. The students get the thrill of learning.

This is almost the direct opposite of the style used in our schools, where the tools or a story are given first and practised through exercises. At early primary level, a large part of teaching consists of listening and copying, and provides very little challenge .

The Japanese method appeals to a sense of exploration and adventure. The thrill of solving a problem offers the kind of short-term reward that keeps children interested in learning.

For boys , who are often seen bored at school and engage in unnecessary risk taking, such an approach would focus those energies in a more positive way.

Society needs those problem-solvers. If we are faced with a burning building, somebody has to solve the problems of finding and rescuing people without a handbook.

The police, many computer jobs, construction and management – all have a strong element of problem-solving, needing fast analysis of the problem and action. All these professions are dominated by men.

Since the last ERO report on Boys vs. Girls there have been several conferences, research papers and reviews. One of these said that the current monotone approach to schooling should be expanded to enable more new and innovative methods.

This means giving principals more discretion to make decisions about what is taught in their schools, how schools spend the funds they receive and what works for the needs of particular pupils.

Diverse approaches to schooling are a vital part of bridging the gap between the achievement standards of all students.

As long as our educational bureaucratic framework seems inflexible it will remain up to local teachers and determined dads to ensure that neither rigid teaching methods nor old stereotypes deter their boys or girls from achieving their full potential in NZ schools.

Learning and gender expert Michael Gurian (Author of 2007 book “The Minds of Boys: Saving Our Sons From Falling Behind in School and Life”) has taken modern brain-scan based approaches to identify why and how boy-girl differences affect learning styles.

He found that at high school level writing, girls on average:

In a boy’s brain, less of the “calming chemical,” serotonin, is present and they also have the ability to zone-out or doze during a lesson. This makes them seem both distracting and disrespectful.

When his specific teaching methods for both boys and girls were trialled at six Missouri schools, outcomes for both sexes improved markedly and discipline issues dropped by as much as 35%.

Linking words to maths has proven to be an amazing help, closing previous girl performance gaps in mathematics and sciences.

The current emphasis on cooperative learning has proven to prepare children well for consensus building and communications, but the elimination of competitive elements from the class has also robbed many boys and girls of the chance to shine and lead.

As the history of Father & Child is at an end, it is time to reduce the hosting costs and... END_OF_DOCUMENT_TOKEN_TO_BE_REPLACED

Meri Kirimete and Happy Holidays! Father and Child Trust Auckland welcomes our dads, families and supporters to their end of... END_OF_DOCUMENT_TOKEN_TO_BE_REPLACED

The NZ Family Court has never been so keen for input from Dads. Andrew Little has announced a review of... END_OF_DOCUMENT_TOKEN_TO_BE_REPLACED

Father and Child Trust have been hosting events during the week before Fathers Day since 2010. This carries on the... END_OF_DOCUMENT_TOKEN_TO_BE_REPLACED