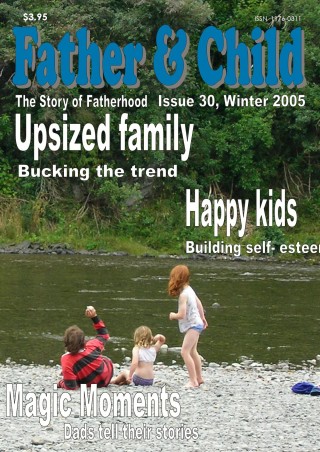 New Zealand has the second highest imprisonment rate in the Western world, beaten only by the US of A.

Per head of population we throw more people into prison than Canada, Australia or the UK, and a whopping five times as many as those countries at the bottom of the list, such as Sweden.

Prisoners do not really come from all walks of life, either. Most are from certain subsections or subcultures of society at the bottom of the socio-economic scale. With an imprisonment rate like that (150 people per 100,000 population) it is disturbingly normal for a large number of kids that daddy, and uncle or cousin, or even an auntie or mummy, have had a stint behind bars. Look at an average visitation session at any prison and you see scores of kids.

How much of a deterrent is prison going to be for these kids once they’ve grown up a little more? Will they think that daddy is in prison because he has done something wrong, or will they think that the state and the police are just bad, because they took daddy away?

Unfortunately that may not be entirely off the mark. Too often, convictions are made in District Courts on nothing else but hearsay evidence and a judge’s personal conviction of who to believe and who not to. Do spend some time in a District Court and attend a trial or two if you need to be convinced of the randomness of outcomes of such court cases.

You or I would never accept a verdict as they are made dozens of times every day, because we have not grown up with first-hand experience of the Court and we would get ourselves a proper lawyer. But if you have to make do with a state-paid defense lawyer, who has no interest in the outcome either way, no conviction is ever challenged. Justice at this level is whimsical and people affected by imprisonment, either directly or indirectly, do not generally believe that justice has been done.

So how could their kids?

Our childhood experience of justice hugely affects how we see justice as adults. And if someone you love is being imprisoned, it is hard to be objective, even if the imprisonment is justified. If you’re a kid, there is only loss and hurt – and anger towards those who took them away.

With the prison population on the rise, and a public that sees our justice system as still too soft, prison will remain a normal part of life for thousands of kids in New Zealand. Kids that will never have a chance.
Perhaps our next Minister of Justice should be from Sweden.

As the history of Father & Child is at an end, it is time to reduce the hosting costs and... END_OF_DOCUMENT_TOKEN_TO_BE_REPLACED

Meri Kirimete and Happy Holidays! Father and Child Trust Auckland welcomes our dads, families and supporters to their end of... END_OF_DOCUMENT_TOKEN_TO_BE_REPLACED

The NZ Family Court has never been so keen for input from Dads. Andrew Little has announced a review of... END_OF_DOCUMENT_TOKEN_TO_BE_REPLACED

Father and Child Trust have been hosting events during the week before Fathers Day since 2010. This carries on the... END_OF_DOCUMENT_TOKEN_TO_BE_REPLACED