For some parents, Playstations and their like epitomize everything that is bad about modern kids’ lifestyle.

But the main market for game consoles are not kids: it is men under 40! With some rather intelligent games around, Harald Breiding-Buss reckons kids and dads can help each other out saving the world. Here’s some of them reviewed.

I admit it: Playstation and computer games are my favourite pasttime. Working in community organisations for several years now that concern themselves with families this has raised more than a few eyebrows amongst the predominantly female professional world. Video games have replaced war toys at the top of many mums’ hate list and more often than not even outrank TV.

Meanwhile kids, especially but not only boys, are magically drawn to them. One of the reasons: in today’s hypersafe world, game consoles can offer a sense of adventure no longer easily available in the real world, and a way of testing one’s skills in many areas : problem solving, reaction times, persistence or hand-eye coordination amongst others. Games are probably a reaction to an increasingly sedentary lifestyle for kids, not the sole cause of it.

Unlike watching a movie, games offer interaction and different outcomes according to the player’s actions – in other words you have to switch your brain on, whereas watching TV you tend to do the opposite.

Some sort of fighting is an ingredient in most games, and the prime focus of many; however there are a number of ‘intelligent’ games around which offer far more than just a fun way of passing the time. Solving the problems and puzzles in these games, as well as progressing the game, can be an amazingly social activity, too, if dad gets involved.

For the youngest age group (5+ or so) there are lots of games involving loveable animal heroes. Baddies might get beaten up, but mercifully they dissolve into thin air rather than “die”. 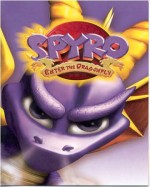 Levels will usually involve one or more technical challenges that can be overcome with practice – however, occasionally these are hard enough to put the child off progressing.

Spyro is a purple dragon-boy accompanied by Sparks, the dragonfly, whose common adventures are now running in its fourth sequel. Much of the game is about exploring the beautifully designed worlds.

Spyro operates in, and in every new world there is usually a task to do: restarting a defunct machine with his fire (or in later games also electric) breath, rescuing tourists from the evil “Rhinocs” or catching naughty dragonfly-children with “bubble breath”.

Antagonists are easily defeated with fire breath or a head butt. Except for sequel III (“Year of the Dragon“), which actually features friends of Spyro shooting at enemies with guns, it’s all quite harmless. 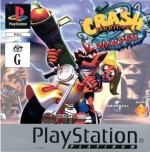 Crash Bandicoot, by now almost a classic, is a more unlikely hero who often enough runs from the danger rather than seeking it. His world, which in the later sequels more and more involves his sister Coco, also contains rather a lot of cute animals.

Some levels involve racing on the road, in the air or on water, avoiding obstacles and beating opponents to the finish line – in fact the Bandicoot has long branched out into games developed solely for this racing.

Kids from about 8 years old (but up to any age), will enjoy The Sims. The Sims is best played on PC and need a fair bit of processing power. The Sims are a simulation of human life, including human relationships, career, leisure and so on, and as such it is not a game with a beginning and an end.

You chose to play with as many characters as you like, build them one or more houses, send them to work and school, and help them make friends. They have to do some chores around the house, otherwise their comfort rating drops dramatically and they will let you know. 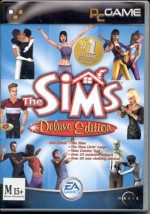 Although simplistic, the Sims model some aspects of human relationships quite accurately (and intriguingly). To keep them happy the player will have to provide comfort, fun (friends, toys), hygiene (a shower or bath), food (just take from the fridge, but costs money), energy (a bed for sleeping when energy is low) and social interaction (you can ring friends and ask them over).

For the original Sims (Mark II has been released in September) you can get all sorts of extension packs, adding pets, magic, dating and other things to the mix. Some Sims extensions are rated M15 – a rating bordering the ridiculous.

Any “sexual references” are hardly recognisable as such (a male and a female may chose the option “play” when they are in bed together, at which point they will disappear laughingly under the sheets), unless you already know what’s going on anyway. The Sims also offer the great opportunity to design your own house, and keep adding to it.

My personal game favourite is Final Fantasy, which features storylines that put many bestselling Hollywood movie productions to shame. Version X, the first for PSII, is a masterwork of both graphics and plot. 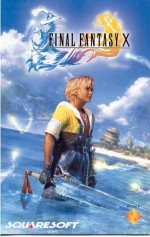 Final Fantasy storylines are always complex and never simplistic good vs.evil stories, which are more than a little absorbing. F.F.X is the story of a young man (you get to name him yourself), who is a ‘blitzball’ star in a futuristic world called Zanarkand but who, by a (seemingly) freak event, suddenly finds himself washed up on a beach of a small island.

As he pieces together what happened, where (and when) he is, his entourage grows to up to six well-developed and distinctive characters (including 3 females), headed by a ‘Summoner‘ who can call some magical creatures called Aeons to her aid. It isn’t until the end that the player understands what was going on all along.

Much of the actual playing occurs around defeating ‘fiends’, which, unlike most games, requires more brain and thought rather than reflexes on the controller.

There are various ‘puzzles’ (i.e. situations that have to be ‘solved’ in sometimes complicated ways in order for the story to progress) that may require the combined brainpower of the whole family and, yes, you get to play blitzball.

F.F.X has a sequel (F.F.X-II), where you get to play two old and one new heroine. This one rather feels like an attempt to introduce a feminine touch into playstation fantasy games, and can be played even without having done FFX before.

Definitely in the brainy department are the games from the Myst series (also: Riven, Myst III and Uruk) which are, despite the lack of ‘action’, amongst the best selling PC games ever. Myst is based around rather complicated puzzles, which will take hours to work out and are the hardest to crack of any I have found. This is embedded in a number of fantasy worlds, stunningly designed and exceptionally realistic.

There are no enemies to fight here, although at some stage you’ll be faced with a choice about who’s the baddie, and the games will have different endings depending on your choice. 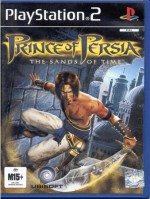 Like Final Fantasy, Myst has the potential to completely absorb you in its world, but I doubt anyone under 15 or so will be able to crack it.

But for sheer beauty and fun try Prince of Persia, (rated M15) which takes its name and concept from one of the first PC level games that made the rounds about 20 years ago.

Although the game involves a lot of fighting, it is essentially about solving spatial puzzles: the player has to figure out how to get to places using some of the prince’s almost gravity-defying physical skills, and this is what sets the game apart from others. This is woven into a simple adventure story about heroes and villains told from an “I” perspective.

Next: Our Man In Auckland

As the history of Father & Child is at an end, it is time to reduce the hosting costs and... END_OF_DOCUMENT_TOKEN_TO_BE_REPLACED

Meri Kirimete and Happy Holidays! Father and Child Trust Auckland welcomes our dads, families and supporters to their end of... END_OF_DOCUMENT_TOKEN_TO_BE_REPLACED

The NZ Family Court has never been so keen for input from Dads. Andrew Little has announced a review of... END_OF_DOCUMENT_TOKEN_TO_BE_REPLACED

Father and Child Trust have been hosting events during the week before Fathers Day since 2010. This carries on the... END_OF_DOCUMENT_TOKEN_TO_BE_REPLACED