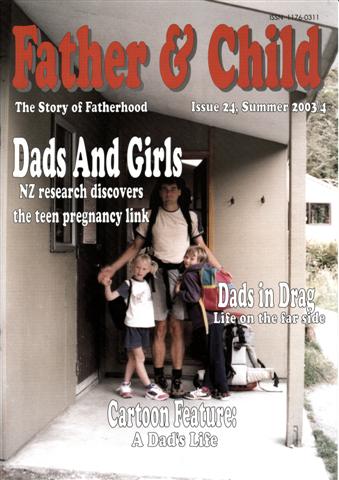 It’s probably impossible to write a balanced editorial on smacking, but I’ll try anyway. The discussion seems to crop up in regular intervals and tends to get quite emotional—no wonder: the way we parent our children is one of the key factors that define us as a culture.

The government, too, is rather careful in its approach. While it has approved $ 10 million over 3 years towards its vision of “ending all physical punishment in New Zealand” its short-term goals are merely to increase knowledge and use of non-physical methods of child disciplining and decrease the use of physical ones.

There won’t be any high-profile TV or media campaigns like we had in the past—the money will be spent at community level. Neither does a law change, i,e, removing the authorization of use of “reasonable force” by parents from the law, look very likely, despite heavy lobbying by its proponents.

The anti-smackers see smacking as being on the spectrum of child abuse, even though at the mild end. Most parents, smacking or not, would vehemently disagree with that. Neither would they see smacking as part of the problem of family violence.

And while research points to the devastating effects of child abuse on child development, the link does not extend to smacking. And even no-smacking advocates concede that here isn’t much evidence that parents who smack are likely to enter into a more serious cycle of violence.

What the research does say is that children who are being physically punished (even mildly) are more likely to be involved in bullying on the schoolgrounds—either as perpetrators or as perpetual victims.

Perhaps the strongest case comes from Early Childhood Development research. At the age before true social learning, which starts around the second half of the third year, children will merely imitate smacking. Smacking conveys the parent’s disapproval (and so do other methods that work equally well).

At this age curiosity and exploration of the baby or toddler are at its peak and impeding that drive is not all that good for the brain development. After that age, children understand smacking as the parent’s intent to make the child do what the parent wants— and with this role modeling will find it acceptable to try to use that method themselves on others; hence the schoolground connection.

Personally I’m mildly optimistic about the government approach, even though I don’t see smacking as the most urgent social issue that needs to be attended to.

If nothing else, it may spark some more discussion at community level, and perhaps more communication and networking of parents around methods of discipline.

Next: Dads in Prison

As the history of Father & Child is at an end, it is time to reduce the hosting costs and... END_OF_DOCUMENT_TOKEN_TO_BE_REPLACED

Meri Kirimete and Happy Holidays! Father and Child Trust Auckland welcomes our dads, families and supporters to their end of... END_OF_DOCUMENT_TOKEN_TO_BE_REPLACED

The NZ Family Court has never been so keen for input from Dads. Andrew Little has announced a review of... END_OF_DOCUMENT_TOKEN_TO_BE_REPLACED

Father and Child Trust have been hosting events during the week before Fathers Day since 2010. This carries on the... END_OF_DOCUMENT_TOKEN_TO_BE_REPLACED