Who’s Looking After The Family?

Our family is what most of us put at the top of what’s important to us. And government has a big impact on families: schools, health care, financial assistance while parents are on a lower income due to children and so on.

But the larger political parties seem to want to steer well clear of the subject of families. Harald Breiding-Buss investigated what parents can expect from them. 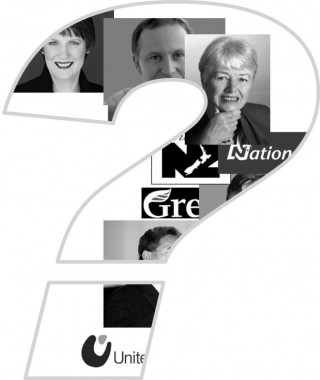 Have you made up your mind yet who to vote for? Perhaps you’re more sure about who not to vote for, following the great democratic tradition of the ‘protest vote’.

Given that the mainstream media rarely go into any depth about policy initiatives or law changes you’re not likely to find out what the major political parties are really up to from the 6 o’clock news.

Family is an area traditionally neglected in election campaigns, although signs are that people – at least those with children – do find it rather important.

In the 2002 election, for example, United Future came out of nowhere to take 10% of the vote and a significant chunk of seats in the House after party leader Peter Dunne steered a TV discussion onto family issues and successfully portrayed his party as the ‘family party’.

In the process they demolished a big enough majority to govern alone, which pollsters had forecast for Labour, and forced concessions such as the formation of the Families Commission.

The Families Commission turned out to be a dud but the message was clear nontheless: people will vote even for an obscure minor party for policies that hit close to home and support families.

Researching Family Policies for this article, it was interesting to see that the two main parties, at least, do not particularly push theirs. You won’t find them on their web sites, for one.

Asking National and Labour about them got a mixed response: National completely ignored the request, while Labour did reply but evaded specific questions about such things as single fathers or the mother-focus of health and social services – although they did say that they believe in creating equal parenting opportunities for men and women.

With Labour, at least, there is a track record, although it is not Labour’s alone. Over the last almost nine years government has heavily focused on the economical side of families – and the education and support of mothers, and mothers only.

One of its most high-profile initiatives, Working For Families, is not actually theirs – Labour only renamed the ‘In Work Tax Credit’ that dates back to the National/NZ First government of Jenny Shipley.

This government has substantially increased the payments, however, and shifted the income levels upwards from which these payments are being reduced. The result was that being in paid employment now pays much better for families than the benefit, but headway is slow between $40,000-$50,000 where you hit high abatement rates.

‘Working For Families’ is not disputed between National and Labour, and just as well: as one hard-working but low-income father told me, it’s ‘the difference between a life and an existence’.

Other financial assistance includes money for new babies and paid maternity leave, and primary health care for children and teenagers has become much more affordable or even free.

The maternity leave legislation was a low point in Labour’s track record of family initiatives, as it ignored both polls and almost unanimous expert advice that called for a separate non-transferable leave entitlement for fathers. Other countries at the time were introducing such legislation.

Paid parental leave was widely welcomed, but the restriction to mothers only was an anachronism.

This government has also pumped more money into social services for the less fortunate. However, because nothing has been done to improve the mother-focused infrastructure, such services have almost exclusively reached mothers only.

None of the parties, unfortunately, has any concrete plans on creating a whole-family service infrastructure.

Ironically, the once traditionally conservative National party probably faces more of an uphill battle on the family front. Policywise it’s all about money, but they can’t out-spend Labour on social issues.

The previous National government removed any tax advantages for families and removed mandatory penalty payments for shiftwork and work on weekends or public holidays. Weekly working hours for fathers with young children spiked as a result as it became harder to make ends meet, and so did parental breakup rates (which started a very moderate decline between 2001-2006).

With many that left the nasty impression that National is quite willing to sacrifice families on the altar of economic considerations, and prevented them from taking the moral highground ever since.

In the last three National years (1996-1999), however, direct financial assistance to families was ramped up, and the government tried to gauge New Zealanders’ beliefs about social and family values by issuing a feedback booklet to every household – almost like a ‘value census’.

At the time New Zealanders saw it as an attempt by a dying government to usurp their moral values and to distract from the socially divisive policies of previous years, but it may well have been a genuine attempt to form a national consensus on some basic questions of what New Zealand is really all about.

It’s a discussion worth having. Labour’s weakest point is that it refuses to define family from a child’s point of view. Even the UN International Convention on the Rights of the Child acknowledges that a child’s family is, in the first instance, mum and dad, and that these two have special roles and responsibilities ahead of anyone else.

In fact, signatories to the convention (including NZ) are obliged to do their best to assist these two in those responsibilities. In many countries family welfare is a constitutional right: France and Germany, for example. This does not distract from wider family and whanau, or step-parents – it just sets a priority.

Some minor parties have started to make noises on the fringes.

Both New Zealand First and United Future believe the Families Commission needs a ‘stricter’ definition of ‘family’. United Future, in fact, remains the party with the most comprehensive and detailed policy: fairer taxation for couples with children (income splitting), government-funded family centres, paternity leave, a presumption of shared custody after separation, flexible working hours – you name it, they’ve got it.

They call bonding of fathers with their newborn baby ‘imperative’ and as the only party acknowledge that family violence is not simply a men-hitting-women issue.

However, like the main parties United does not advertise their family policy on their web site and it seems to have become part of their ‘gender policy’.

NZ First, currently a government partner, also has a family policy, which reads a bit like a patchwork of individual hobbyhorses rather than a cohesive concept.

These two programmes are currently targeted at ‘high needs’ families and are wildly popular with those who manage to get in. NZ First wants to make them universally available. There is some mention of grandparents raising grandchildren, truancy, and intervention for ‘at risk’ families, but for the standard Kiwi family it is business-as-usual.

And then there’s the Greens. Far from sit-ins against rainforest logging they have made their name with what became known as the ‘no smacking law’ and is so unpopular that it nearly sparked the second-ever citizens-initiated referendum.

Their other big legislative success was also on an issue completely unrelated to the environmental issues they probably predominantly get voted in for: the Employment Relations Amendment Bill, which mandates that employers have to grant an employee flexible working hours on request, unless it would cause unreasonable economic disadvantages for the company.

While the Greens do not seem to have a specific family policy, their other policies and their track record suggest a traditionally socialist stance: better protection for minorities or disadvantaged groups (including children), more money and resources for the poor, equality between all, and the strong helping the weak.

In short this means they won’t let you down if you fall on hard times economically, but don’t expect them to put any particular special value on mothers and fathers.

Which leaves the question of how big a role family issues should play when you’re voting.

In our experience at Father & Child, family is a ‘big picture’ issue for men. Even the most socially liberal dudes seem to prefer a government that acknowledges the special role of mothers and fathers in children’s lives ahead of any other family constellation.

Nearly three quarters of parent breakups are initiated by the woman, indicating that men tend to hold on to the idea of a ‘whole’ family for longer, and would probably support more effort going into avoiding such breakups.

Men have also started to make a bit more noise about the narrow focus on mothers when it comes to parenting and child health services.

Equal shared parenting, as an ideal, is supported by 92% of New Zealanders, according to a 1999 survey, and 65% support both parents equally looking after children on a day-to-day basis.

So far research has backed up the idea that investing in families will address most other social issues at the same time. It’s a ‘big picture’ issue alright, but I doubt that any of the major players in parliament have got it yet.

As the history of Father & Child is at an end, it is time to reduce the hosting costs and... END_OF_DOCUMENT_TOKEN_TO_BE_REPLACED

Meri Kirimete and Happy Holidays! Father and Child Trust Auckland welcomes our dads, families and supporters to their end of... END_OF_DOCUMENT_TOKEN_TO_BE_REPLACED

The NZ Family Court has never been so keen for input from Dads. Andrew Little has announced a review of... END_OF_DOCUMENT_TOKEN_TO_BE_REPLACED

Father and Child Trust have been hosting events during the week before Fathers Day since 2010. This carries on the... END_OF_DOCUMENT_TOKEN_TO_BE_REPLACED